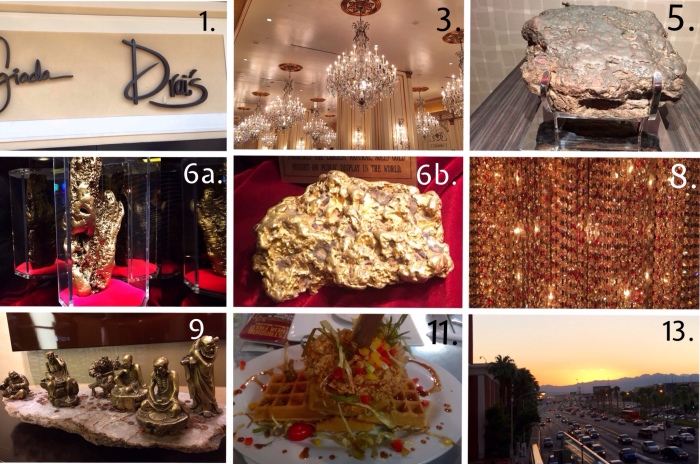 1.) So last year, it was a Starbucks cup in the “G” of the Giada sign. This year, it’s a pint glass (nearly invisible but it’s so there) in the “s” of Drais. Apparently, the Cromwell’s exterior is where all the cool kids stash their drinkware. I can’t wait to go back to Vegas just to see what cup is next: a holy grail in the “D?” Perhaps the Kool-Aid Man reclining on Giada’s “A.” I almost want to put my Fat Tuesday cup there. But I’m too gosh-darned polite.

2.) Speaking of Fat Tuesday (Fat Tuesday is a chain of stores offering frozen daiquiris and other frozen alcoholic delights. Pro Tip: Buy a refillable cup from them on day one of your Vegas trip and then visit every day for reduced-price refills. Can Fat Tuesday and its near-twins, Numb and Purple Zebra please, please work out a deal so that refillable tumblers can get reduced prices at all locations, even though Numb and Purple Zebra are not affiliated with Fat Tuesday? I mean, it’s all frozen drinks. I’m just saying, do it for the good of the people.

3.) Geez, Paris (Las Vegas), could you get some light fixtures? You’re embarrassing yourselves. You’re not a parking garage. Get some lights, would you?

5.) Sure, amateur traveler, you could go all the way to Ireland to touch the Blarney Stone. But if you’re in Vegas, there’s a chunk of it downtown at D’s. D’s is a little seedy but worth going into: they have vintage games upstairs, plus a hunk of the Blarney Stone. It’s, um, well-worn. And lucky.

6a and 6b.) Big Golden Nuggets on display at…(wait for it) the Golden Nugget Hotel and Casino, downtown Las Vegas. 6a is “The Hand of Faith Nugget,” found in an Australian trailer park in October, 1980. It weighs 60ish pounds and is the largest golden nugget on display in the world. Also? It’s on display, rotating in front of mirrors, so if you catch it at the right angle, there are three of them. 6b is the so-called “Robin’s Nugget,” found in 1975, also in Australia. (If you’re going prospecting, might I suggest starting with Australia, maybe 40 years ago?)

7.) So, on the off-chance you weren’t aware, heaven has no social class. This guy with a large sign saying “Repent Tonight” was standing near Wahlburger’s with a bullhorn and he was pretty convincing. I hadn’t really considered before how class would figure into the great beyond but it turns out: there is no social class. I think that must be a good thing because the bullhorn was really excited about it. While I wanted to ask him how his keen attention to status has affected his life, I didn’t. He just seemed a little preoccupied, you know? So I walked across the street and Bullhorn’s arch-nemesis was there. His sign read “Repent tomorrow. Titties tonight.” High class titties or low, I wondered? And that, friends, is the question for the ages, isn’t it?

8.) Crystals, a couple stories high, at Planet Hollywood. They sure do sparkle, don’t they?

9.) There are philosophers everywhere in Vegas. Some of them are mumbling to themselves on the streets or selling fake roses made from palm fronds to tourists. Here, though, at the Cosmopolitan, are all of the Heavy Hitters of ancient philosophy. In bronze. Handily, right in front of the restrooms.

10.) Hey, speaking of the Cosmopolitan? Visit the Sports Book Bar while you’re in Vegas. Hands down, the best service I have ever received anywhere. Plus, if you cadge a box of matches (they want you to take them!), they’re purple with silver tips. And seriously, a finer afternoon of chatting and video poker was never had anywhere because the staff is lovely.

11.) Chicken and waffles at Hash House a Go Go. I waited a year to experience these. And they were worth it. Just go, get, eat. The sauce is chili’d maple, the waffles have bacon baked in to them, and the whole mess is topped with fried leeks which somehow makes a magical green taste on top of all the warm and crispy savory. I can’t tell you how delicious this is. Magical freaking food. Just go and eat it.

12.) Now, you can’t eat chicken and waffles every day you’re in Vegas. You’re going to need one meal off. So, for your one non-Hash House meal, might I suggest that you venture over to Ellis Island? It’s a skosh (technical term) rough in there, sure. You don’t care: (a) there’s karaoke if you want it, (b) cheap table games and (c) glory of glories, once you get your player’s card you have access to $14.99 full rack ribs. And while Ellis Island is a microbrewery, the beer is not what you’re there for (it’s, umm, so-so). The ribs are a meat-filled miracle; an adventure in happiness. They’re off-the-hook fantastic (a full rack!). Tender, juicy. Served with fresh-from-the-freaking-farm corn on the cob, vinegar slaw, beans, and garlic bread. (Not that you’ll touch much of the sides, because, ehrmegerd, the ribs are to die for.) Best ribs and corn I’ve ever eaten. No contest. And $14.99, are you freaking kidding me???

13.) Mountains. In Las Vegas. Like, all natural and stuff. The sun shines on them and everything. Look past the neon for a second and check them out. They’re not golden nuggets or chicken and waffles or barbeque. Still, they’re kind of pretty. Even if they don’t light up. 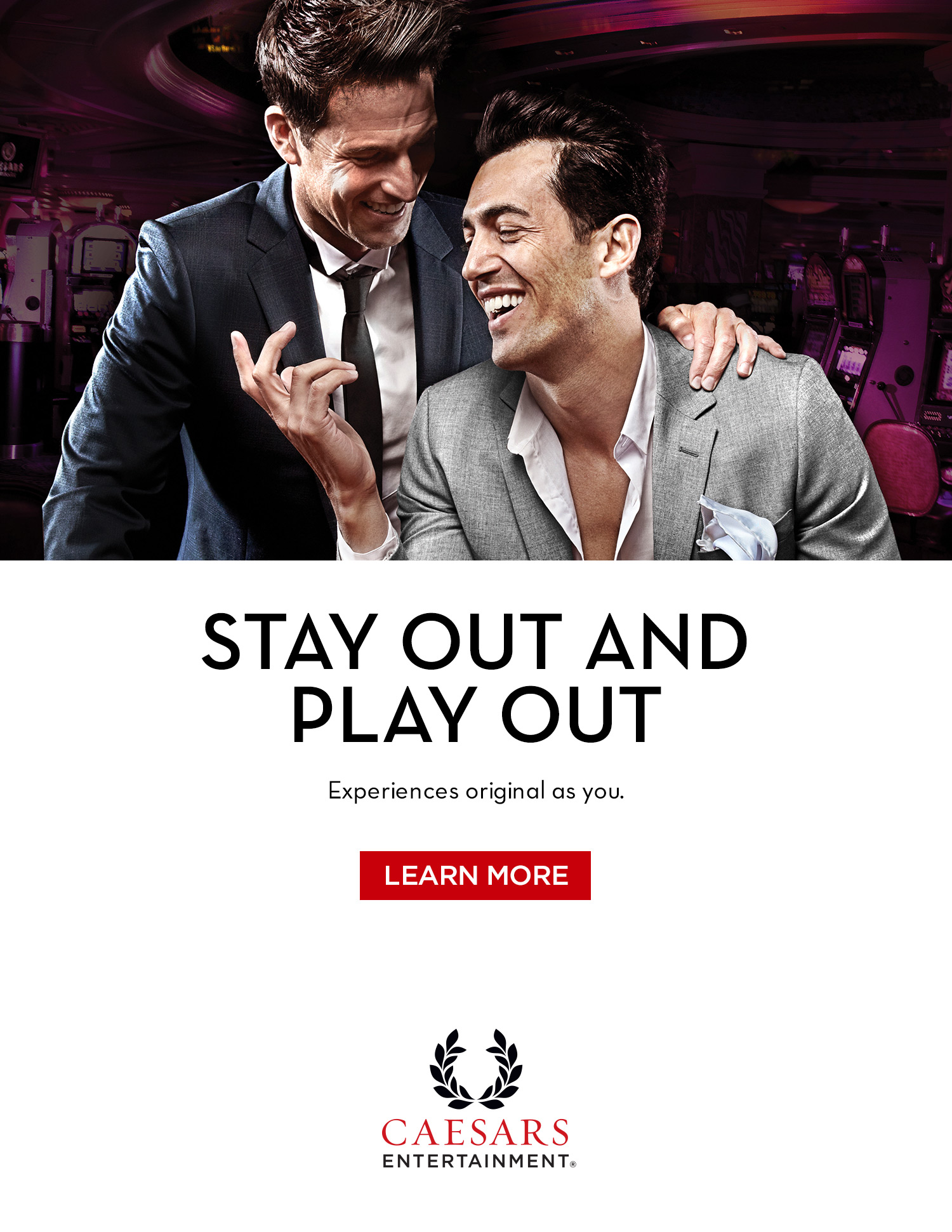