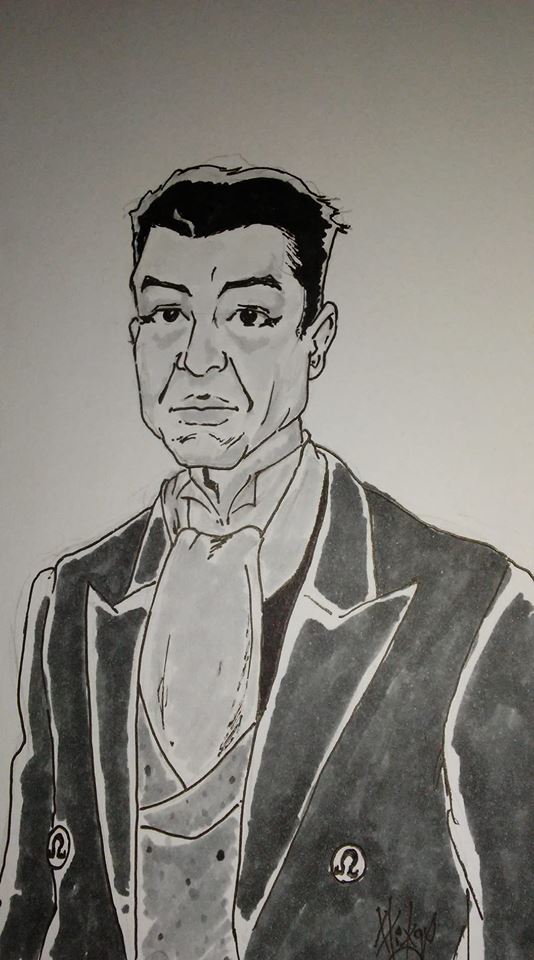 The wanderlust is gone for now. Lately, I’ve been more content with my ship just drifting in space with no particular destination. I found an uninhabited area in the Canadian wilderness, as Earth is always a default locale for me. I reconfigured the appearance of the ship to look like a log cabin. I picked the area so I can watch the Aurora Borealis at night. Civilization is just a few miles away for when my companions want human interaction. I haven’t really had the desire for it, but I know they might enjoy it. I’ve come to the realization that I’m not always comfortable around humans, despite looking like one. Sometimes, people can look at me and sense something isn’t normal. Normalcy is overrated, in my opinion. I’ve often found great comfort among the fringes of society.

My girlfriend, Calamity Jane found out she was actually a clone of the original gunslinger from the Wild West and has been taking it quite well. Lately, she has been reading history books to find out more about what happened to her original self. My former friend turned arch-enemy, Koschei has decided to walk a path of redemption and travels with me now. Koschei and I are from the same planet, which is located in the Milky Way galaxy underneath the Sun, obscured from view. Oddly enough, he was the one that created the clone of Jane in an elaborate plot to destroy me, but was touched by how I had actually fallen in love. He has also expressed that he himself actually had unrequited feelings for me. I’m helping him get on a better path and we are rekindling our friendship. At first, I thought I was content in this regard. However, recently events have me questioning my place in the universe. Traveling around and helping people has kept me going for centuries. I’ve had other companions during that time, most of which have moved on to other things, while some have died. I can only wonder how soon before these two might do the same? The past few days, they’ve been off working on different things on the ship and our interactions have decreased. Time passes differently for the likes of us, especially inside the ship. Time expands and contracts sometimes.

I wander around the interior of the ship, which despite external appearances, is quite massive inside. I feel like a phantom. Calamity Jane is in the virtual reality room, interfacing with historical events to understand the modern world. When I met Jane, I took her from Earth during the 1800s, so she has had a lot of catching up to do. There is also the fact that I’ve also exposed her to alien civilizations and cultures. Quite a transition for a cowgirl from the Wild West, I would imagine. Nevertheless, she has kept up with me so far. Koschei works on upgrading the internal circuitry of the cockpit, as he continues to think we can always go faster and have greater accuracy with our travels. I am proud that he has begun to embrace his role as part of the team and is learning to look out for others. The two continue about the ship, making themselves more knowledgeable about things and improving their lives. Whereas, I find myself in a place of extreme introspection.

Suddenly, I notice a strange thing about myself, a certain transparency. I begin to look as if I were a ghost, a semi-tangible phantom haunting my own ship. I call out to Koschei, not wanting to alarm Jane. There is no response. Out of desperation, I go to where Jane is at and she is immersed in her historical simulation, unaware of my presence. I run to the control room, thinking that if I can get the ship into the time stream, I’ll be safe while I figure out the source of this anomaly. Once there, I reach out trying to push buttons, turn knobs and flip switches. My attempts are in vain, as my hands pass through the console and I am unable to interact with it. I fade from view, then back to visible. If my greatest enemy is my friend again, who would attempt to undo my existence?

Then my mind flashes back to my previous incarnation, when I was an elderly man in a frock coat, wary of involvement in mortal affairs. I remember the debate I had with my mentor, the enigmaticProfessor Helveticus. He also traversed time, space and other dimensional barriers. The Professor was one of the first of my people to do so and has been going strong since I was a young man in my first incarnation. As I saw myself begin to fade in and out of existence, I sat down on the couch by the fireplace. Perhaps my history was being altered, at the moment? I was beginning to panic, as I thought that if my life were undone, that would also undo all the good I’ve done over the centuries.

“My dear boy, when we began to travel along the highways and byways of time and space, our very presence changes things. To simply observe as a cosmic tourist, tempts fate itself. Our unique auras interact with the morphic fields of an area, slightly altering reality itself. If we stay somewhere long enough, a civilization could evolve differently. If there’s anything I’ve ever learned, is that not making a choice is actually making one. The key is finding those times to act and being able to live with yourself afterwards.” Professor Helveticus says, as he packs tobacco into his mahogany pipe. He paced back and forth between the fireplace and the couch, in a slow stroll. “I do believe that despite the good we do, there are side effects. Despite being long-lived, we are subject to many environmental issues. One of which I’ve experiences firsthand was ‘The Great Desolation,’ a phenomenon among people like us.”